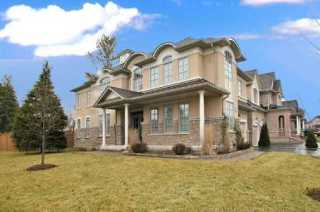 Great opporunity for a ground floor bungalow condo with 2 Bdrms., Ensuite laundry, 5 appliances and 2 parking spots.
Close to 401 and walking distance to schools. $189,000
Call me for details or visit http://www.michellemakos.com 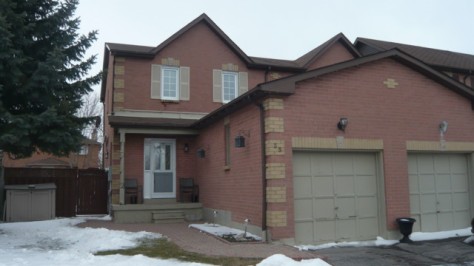 Like Loading...
If you learn that your home was once owned by a drug dealer, must you disclose that to a potential buyer when you sell?
Donald and Jodi Dietrich bought a home in Winterbourne, Ont. in 2001. They were told by a neighbour several years later that an earlier owner was a drug dealer. In 2007, the Dietrichs contacted Waterloo Regional Police because they had heard that their property had been a grow house. The police told them there was no record of any grow op on the property.
They sold their home on January 31, 2010 to Mark and Elizabeth Leech for $655,000, with a $10,000 deposit. The deal was scheduled to close on May 14, 201. They did not say anything about the rumours, but before closing, the buyers also heard that a prior owner was a drug dealer.
The Leechs also went to the Waterloo Regional Police who told them the property had been identified as having a “clandestine or secret lab”. On March 29, 1995 a large quantity of hash oil was seized at the property although police did not find any grow operation or meth lab.
The Leechs wanted out of the deal. They argued that since the sellers must have known about this, they had a legal duty to disclose it and since they didn’t, the deal was off.
The Dietrichs claimed they knew nothing about a grow operation or meth lab, but the deal didn’t close. The Leechs sued for the return of their $10,000 deposit and the Dietrichs sued for damages suffered in not being able to close the deal, which came to $12,237.68.
In Small Claims Court, the Leechs submitted a March, 1995 newspaper article that suggested seven pounds of hash oil was seized, and a police report that said a room beneath the garage may have been at one time a hydroponic grow room. The police report suggested that charges were laid against several people as a result of that criminal investigation.
Deputy Judge Sebastien Winny of the Kitchener Small Claims Court determined on October 17, 2012 that a prior owner of the property manufactured some hash oil in the garage as a clandestine or secret laboratory. No evidence was provided that those activities caused any damage to the property. There was no proof of there having been any marijuana grow operation or meth lab on the property.
The judge also found that the sellers had no actual knowledge of anything related to the drug manufacturing except the rumour from the neighbour. The information the sellers received from the police suggested the rumour was false. There was no duty on the seller to disclose vague, unsubstantiated rumours.
As such, the judge held that the buyers had no legal justification for refusing to close, so the sellers were given all damages that they proved as a result of the buyers not closing, including extra rental costs and lost wages in dealing with the matter. If the sellers did have actual knowledge about a grow house op or meth lab on the property, they would have been required to disclose this information.
If you are thinking about buying a home that used to be a grow house operation, there may be damage caused by excess moisture. You will need to make sure the property has been remedied and certified by a company that provides these services. This could also require having the electrical system inspected and cleared by the Electrical Safety Authority. This will be the minimum required by any insurance company. Some companies that provide these services are Restoration Environmental Contractors Ltd. and Tri-Star Disaster & Recovery Inc.
More real estate columns by Mark Weisleder
Mark Weisleder is a Toronto real estate lawyer. Contact him atmark@markweisleder.com

This 3 bdrm brick townhome in Central Ajax is close to all amenities.  Modern kitchen with stainless steel appliances, basement in law suite, perfect for student or teenagers … side entrance and more.

Looking for your first home or an investment property???  This may be the perfect choice.
For more information CLICK HERE !

To book a private showing, call me.

ANOTHER GREAT “MUST READ” by Mark Weisleder.

Without a marriage contract, most assets accumulated by a couple will be divided 50-50 on separation. But in order to minimize the impact of divorce on a family, in many cases one spouse stays in the house with the children while the other spouse leaves.

Here are some questions about this issue from readers:

How is the matrimonial home valued vs. a family business?

This is a tricky question. Although you can appraise a home and a business and put values on them, the tax treatment for each is very different. For example, let’s say you have a home and business and each are appraised at $500,000. They were each purchased for $100,000. When you sell a business, you will have to pay tax on any gain that you made. Yet when you sell your home, which is your principal residence, no tax will be payable. Therefore, in most cases, a home that is appraised the same as a business is actually worth more than the business. This must be taken into account when negotiating any division of property.

Can one spouse be forced to move out?

Each married spouse has the equal right to live in the family home. Let’s say the house is registered in the wife’s name alone. They decide to separate. The wife cannot demand that her husband leave. If this cannot be worked out amicably, then the couple will likely have to go to court to get an order as to whether one spouse leaves, or whether the home is sold and the money divided.

Does it matter who stays in the house?

In many cases, upon separation, one spouse will move out of the family home. It will still require the permission of both spouses to either mortgage or sell the home, even if they are not on title. However, while the spouse who lives in the home will not be paying any rent, the spouse who moves out will have to pay rent in another location, and will likely still be responsible for 50 per cent of the mortgage and other expenses in the matrimonial home.

Can the spouse who stays put a mortgage on the home and keep the money?

The answer is no. Even if you leave the home, and even if the property is registered solely in the spouse’s name who stays, you cannot mortgage a family home without the permission of both married spouses.

Do common law spouses have the same rights?

The answer is no. Common law spouses have no entitlement to a share in a family home, unless their name is on title, or if they can prove that they have contributed financially to the purchase of the home. If you are buying a home with your common law partner, you must get your name on title to protect yourself.

Family lawyer Elliot Birnboim of Toronto also tells me that when one spouse gets possession of the family home, this will also affect child and spousal support calculations.

The lesson here is to obtain expert family law advice before you make any decision about what to do with your family home if you decide to separate. The goal should be to balance what will be best for all members of the family, while also ensuring that any property is divided fairly.